Thank you for visiting our official BLOG for the Arizona Fiduciaries Association. We look forward to your participation and feedback.

The AFA Board is proud to bestow the 2011 AFA Leadership Award to Denice R. Shepherd. Denice has been practicing and litigating in the areas of personal injury, general civil litigation, probates, guardianships, conservatorships and elder law for nearly 25 years. Shepherd is a member of the National Academy of Elder Law Attorneys (NAELA), and serves on the board of the Arizona Fiduciaries Association. Shepherd has served on the panel for court-appointed attorneys in Pima County in guardianship/conservatorship actions for most of her legal career. She has been appointed by the court to represent minors in domestic relations cases and has served as a guardian ad litem. She has also served on the court appointment panels in criminal cases for the United States District Court, Pima County Superior Court appellate and trial panels, and the City of Tucson Magistrate’s Court. Shepherd is a certified fiduciary and has provided fiduciary services since 1994.

Denice serves on the Arizona Supreme Court Probate Oversight Committee, charged with reviewing and adopting court procedures to provide for the protection of vulnerable and incapacitated persons.
Denice is known in the legal community for championing both legal and ethical policies to serve the best interests of wards, safeguarding their health, welfare and resources, while also preserving their quality of life. In addition to her outreach endeavors to raise the standard of care and protection for vulnerable adults, Shepherd teaches future members of the legal profession at clinics for low income adults seeking to become guardians of minors. Denice travels throughout the state and country to educate professional guardians, social workers, attorneys and fiduciaries on the legal and ethical aspects of protecting vulnerable adults.

Denice was recently awarded the NGA Outstanding Affiliate Member Award, and was named recipient of the 2010 Attorney of the Year award, by Southern Arizona Legal Aid's Volunteer Lawyers Program for her pro bono working the area of wills, estates, probate. In June of this year, Shepherd was named one of the top 50 pro bono attorneys in Arizona by the Arizona Foundation for Legal Services and Education.
Posted by The Arizona Fiduciaries Association at 11:27 PM No comments:

The Arizona Fiduciaries Association welcomes our newest AFA Board members, who were elected during last week’s membership meeting at the AFA conference in Tucson

Crismon Cooper, LF
Crismon Cooper is originally from Tucson, Arizona, but graduated from Northern Arizona University with a Bachelor’s in English and an emphasis in Creative Writing. After graduation, at the insistence of her politically motivated family, she worked at the State Senate in Phoenix, Arizona as a Page. Crismon transitioned to the banking field, and worked within the Operations Training Department where she wrote and taught all policy and procedures. She moved into branch management and ultimately to middle management where she interpreted Federal Regulations and wrote Policy and Procedures for all of the departments.

In 1995, Crismon moved to Flagstaff, Arizona with her two children, leaving the larger cities for a community environment. Her family immediately embraced their new lifestyle of living in a beautiful mountain town, and they continue to actively participate in skiing, hiking, kayaking and any other outdoor activities. Crismon drew upon her expertise to read, interpret and write about Federal Regulations to obtain employment as a paralegal with a local law firm, working in the areas of estate planning and guardianship, and other non related areas. In 2003, Crismon, in partnership with her friend Sally Carlson, founded Carlson and Cooper Certified Fiduciaries, LLC. Sally retired officially last year, and the company was renamed Crismon Cooper Licensed Fiduciaries, LLC. Crismon provides services to Coconino and Yavapai counties, and also accepts cases in Apache and Navajo Counties. Crismon Cooper Licensed Fiduciaries, LLC offers the full gamut of fiduciary services including Guardianship, Conservatorship, Trustees under a variety of trusts, Personal Representatives and Agents under Powers of Attorney and serve a varied clientele ranging from individuals with mild to severe dementia to the seriously mentally ill.


Roger Coventry, LF
Roger Coventry, Director of Estate Services for Childers & Berg, LLC, a private fiduciary firm in Maricopa County is a licensed fiduciary in Arizona and a National Certified Guardian. He was a collegiate wrestler at North Idaho College in Coeur d’ Alene where he earned an A.A. in Psychology prior to joining the Army. He served eight years active duty as an infantryman/paratrooper and is a combat veteran. He was one of six soldiers in his class to complete the Survival, Evasion, Resistance and Escape (S.E.R.E.) Instructor course conducted by the Army Special Operations Command. 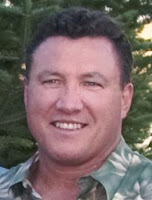 Systems and an M.B.A. from Arizona State University, and a Juris Doctorate from Concord Law School. Prior to joining Childers & Berg, Roger was the Deputy Director for the Maricopa County Public Fiduciary. He has presented at local, state and national conferences on fiduciary-related topics. He is a past President of the Arizona Fiduciaries Association and a past President of Media Masters (a Toastmasters organization).
Posted by The Arizona Fiduciaries Association at 11:25 PM No comments:

MENTAL HEALTH
In Re MH 2008-000867, No. CV 09-0297-PR(Aug. 5, 2010) Vacating a Court of Appeals decision to the contrary, the Arizona Supreme Court held telephonic testimony of a required psychiatrist’s testimony does not violate the patient’s 14th Amendment right to due process.
PROBATE
In the Matter of the Estate of Roseann McGathy/Waldow vs. LaPorta, No. CV 10-0102PR (Dec. 2, 2010). The Arizona Supreme Court held decisions made by a trial court in a supervised probate are interlocutory in nature and no appeal may be taken until the final distribution of the estate. However, in an unsupervised probate, an order determining the rights in a formal proceeding is an appealable order.
VULNERABLE ADULT STATUTE
Estate of Mary Winn vs. Plaza Healthcare Inc., No. CA-CV 09-0649, Arizona Court of Appeals, Division One, held that the loss of human life is not compensable under aAdult Protective Services Act claim for neglect or abuse, and the inherent value of a human life is not recoverable.
Posted by The Arizona Fiduciaries Association at 11:19 PM No comments:

Division Two of the Arizona Court of Appeals held surety bond could be held liable for illegal acts of conservator prior to issuance of bond holding that guardians and conservators are responsible for pursuing assets wrongfully taken from protected person even if it means suing themselves for misappropriated assets. The Court awarded prejudgment interest against the surety but declined to award attorney’s fees to estate of protected person stating the surety had not taken an unreasonable position, the surety made good legal arguments and the law was unsettled in Arizona. Pacheco vs Hartford, 2 CA-CV 2007-0135, issued September 22, 2008.
Posted by The Arizona Fiduciaries Association at 1:24 PM No comments: